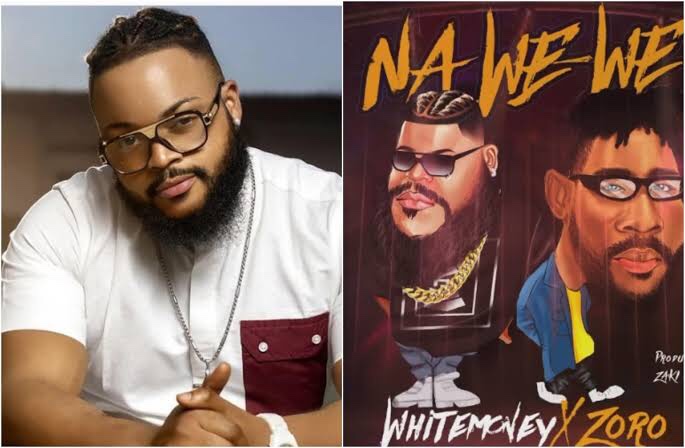 Fans has taken to social media to request the arrest of the reality TV star and singer, Hazel Onou also known as White Money after he released a new song.

The winner of Big Brother season 6 dropped a song titled “Na We We” and it has been receiving massive review with lot of tweeps saying that music is definitely not his calling.

The song which features Indigenous rapper, Zoro, was dropped on Friday, but before that, he shared a snippet video on his Instagram page vibing to Na We We.

A fan reacting to the new song said that the police needs to pick him up for making their ear drums painful this early morning.