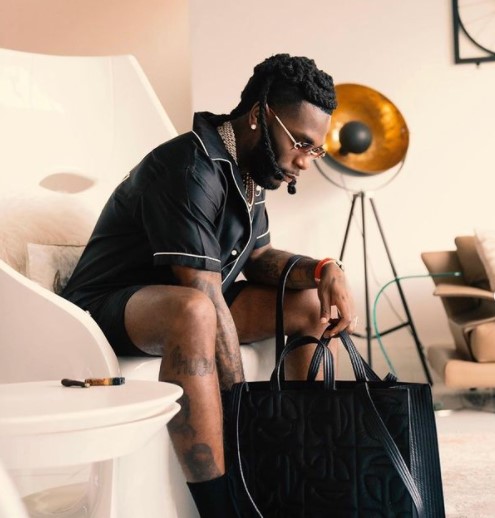 The Nigerian singer, Burna Boy has gifts an upcoming singer who grabbed his leg in a viral video the sum of $3000 which is about N1.2 million.

In the video shared, which went viral on Monday, an upcoming singer who is identified as Hyzah was seen prostrating before the Grammy award singer as he grabbed his feet and kissed them.

In another video posted by the young singer, Hyzah was doing a musical freestyle in a studio, as Burna Boy nodded his head while listening to him.

The young boy later disclosed that Burna Boy gifted him $3000 after their meeting.

Hyzah appreciating Burna Boy in a video, revealed that the singer “blessed” him with $3000 as he showered prayers on the Grammy award winning singer.

The video was captioned, “What a way to start a new year, I met the African Giant and got his blessings. More greatness Odogwu.”