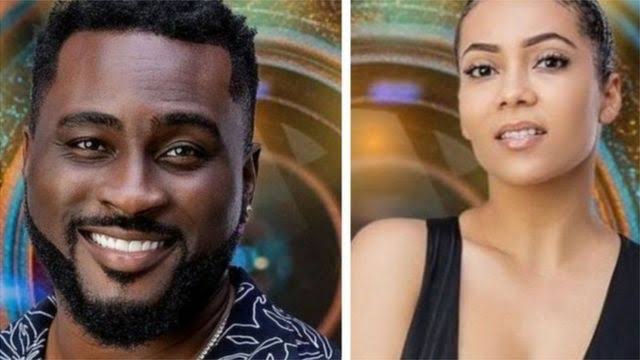 Maria has said that she doesn’t want to have anything to do with Pere as she revealed to him that Michael is her type since Jackie is his type.

During a conversation between them on Sunday 21 August, Pere had opened up to Maria on the housemate, who he was first attracted to, in the person of Jackie B. A visibly disappointed and jealous Maria, immediately replied him, saying that she is equally attracted to Michael, claiming that he is her type.

She then suggested that they should both switch to the separate persons they’re attracted to since he (Pere) says that Jackie B is his type.

“If Jackie’s your type, then Michael is my type. How about we switch? Michael makes me blush when he comes around me, I stay away from him ‘cuz he’s actually my type,” Maria said to Pere

Pere wasn’t convinced though and seemed reluctant to follow Maria’s advice as he insists that Maria has grown on him.

The actor also revealed that Jackie B had also confessed that he is also her type and he was attracted to her from the moment she stepped into the house.

Maria says that it is not possible that Pere was attracted to Jackie at first because he told her and the guys in the house a completely different thing.

One thought on “BBNaija :Maria Says She is Attracted to Michael”